Will Mobile Payments on the Tube Kickstart NFC? 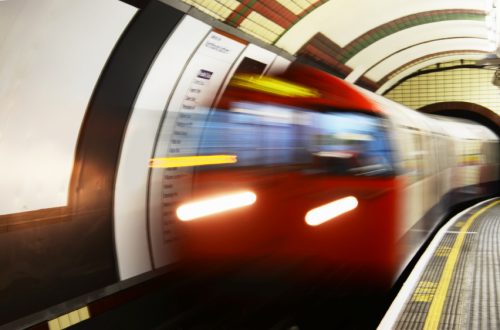 UK Mobile Network Operator EE has today announced that its customers will be able to use their mobile phone to tap in and pay across London’s transport network when Transport for London (TfL) launches its contactless payment program on 16th September.  We believe that this, more than any other initiative to date, is most likely to trigger the changes in consumer behaviour required for NFC mobile payments to happen in the UK.   But…. it’s still going to be some time before we see hordes of London commuters and tourists tapping into the Tube with their NFC phones.  TfL’s contactless Oyster card program has been massively successful in the eleven years since its launch and its usage levels currently dwarf other UK contactless payment transactions.  (Earlier this year, Visa reported 13.4 million contactless transactions per month in the UK, whereas we estimate, based on TfL data, that Oyster cards were used for an average 280 million monthly journey transactions in 2013).

TfL is now migrating to payment by standard contactless card, a programme that started with London buses and will complete when it goes live across London’s rail systems in September.  Following today’s announcement, users of EE’s Cash on Tap payments app will be able to travel by paying with their phone.

So why is this so important?  From a consumer perspective, transport is a unique use case for contactless payment that consumers understand, see the benefit of and want.  The speed and convenience of tapping into gates and not having to wait to purchase a ticket or grapple for change is compelling.  Far more so than using a contactless card instead of cash or a regular card in most typical retail transactions.

Ok, so the case is good for contactless payment but how will this help in the transition to mobile?  This will come down to convenience.  When going through a ticket gate or getting on a bus you need your card close to hand.  The phone is almost always easiest to access.  There is no need to take a payment card out of a wallet and then replace it before you lose it.  This may seem trivial but travellers are being advised by TfL to remove contactless cards from wallets before use to avoid “Card Clash”. There is also a “normalisation” factor.  As more and more people see others tapping in with their phones awareness and acceptance will rise.

Furthermore, the power of TfL to communicate with its customers and promote new ways of paying should not be underestimated. So what’s going to be the hold up?  Well, primarily it’s down to the ongoing fragmentation of NFC services and barriers that lie in the way of every day customers taking up services.  These include the need for a handset with NFC capability, a compatible SIM and the current requirement to sign up for the MNO’s payment account.  At the moment mobile acceptance is limited to EE’s Cash on Tap mobile contactless app which EE claims will be compatible with 500,000 customers’ handsets this year.  This is out of 24.5 million customer connections and EE doesn’t say how many of the 500,000 are in London.   Yes more handsets will  include NFC technology and undoubtedly the other operators will follow EE and sign up with TfL.  (And of course if iPhone 6 does launch with NFC and the payment scheme is one TfL can work with, that will give things a significant push). What the industry needs to do is try and turn this into a tipping point.  It could be a real opportunity for mobile payments growth that is (almost) led by customer demand rather than operator push.  If the carriers and banks work effectively with TfL to educate consumers about mobile payments and make it easy for them to adopt we could see the start of mainstream uptake.  OK it’s only in London but it’s a significant start.