Wearables – Exploding forecasts, but the market will decide 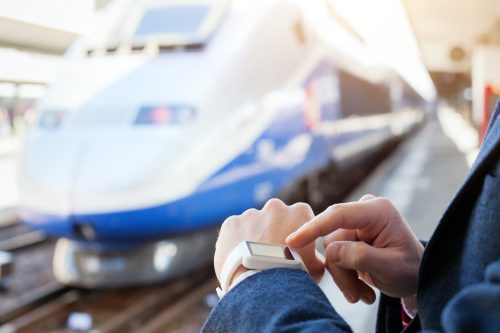 The forecasts came from a variety of main stream research vendors, with IHS’ 2018 upside forecast of $30 billion market revenue being picked up by many analysts. The forecast volumes appear to be related to an explosion in consumer demand.

A quick analysis of the IHS forecasts shows that the device ASP (Average Selling Price) metric is not following the normal downwards trend as the volumes rise. In 2018 IHS’ upside forecast is 210 million units and a market value of $30 billion, so an ASP of $143 per unit. The same calculation for the reported figures for 2011 is also $143 per unit, but only 14 million units shipped.  To achieve this 2018 upside is going to require considerable consumer product attractiveness and stickiness. To put this ASP in context, devices for the Fitbit Challenge at MWC were being sold for €59.

The wearables market is not new; research into electronics integrated into textiles for consumer applications was being pursued in the 1990s by Philips in Europe for their Visions of the Future project. A number of companies, such as Garmin, have already been exploiting the health & fitness wearable device market, achieving good ASPs, but small volumes. To remind us of previous smart watches, Casio has launched a retro range of their 1980’s Databank watches, but now the prices are at sub $40 levels.

So why should the sector suddenly be attracting so much attention and will the expectations be achieved?

Upside announcements show that component technology is driving down cost and achieving higher levels of function, removing current market technology blockers and potentially opening up new market opportunities. Immersive Virtual Reality has been pursued by the consumer games industry for many years, but the bulk and poor responsive behaviour inducing motion sickness amongst users of glasses has dictated product ASPs in $1,000s. Screen technology is now being refined rapidly at consumer volume price levels to open this market.

South Korea has announced strategies to achieve a 40% share of the global wearable device volume by 2020, exploiting their display and low power expertise.

Downside warnings suggest that the rapid rise forecast over the next 4 years will turn out to be delayed.

To achieve the forecast ASP level, a mix in product value is going to be needed. This will require brands to become heavily involved in the design and marketing to position products as fashion accessories as well as functional technology. Already some fashion designers have exhibited results of innovation exercises on existing device functions and this vision will now need to achieve volumes rather than exclusivity. Serious healthcare monitoring applications will evolve with higher ASP products, but these will require expensive certification and background support services to monitor and action the information collected.

Attending a wearables developers forum at MWC, the issue of app support for the current releases of smart watches attracted considerable attention. The key friction point was that separate app development was required for 40 different smart watch products due to different screen sizes and other device characteristics. A problem last prevalent in mobile handsets and ultimately solved by the industry after considerable time and energy. A further complication was the need to include access to a smart watch app store within the smartphone app, challenging many smartphone app store contracts.

The pointers are there that wearables are likely to happen as the stakes are high enough to engage players across the various boundaries to remove barriers. Adoption will be across a number of different verticals and not limited just to consumer health & fitness and smart mobile phone accessories. Consumers will need to be persuaded of their true long term worth to drive and sustain the high levels of adoption required. This will require imagination in fit and function and will have to come from partnerships outside of the technology sector.

Is 2018 too short a time for all this to come together?