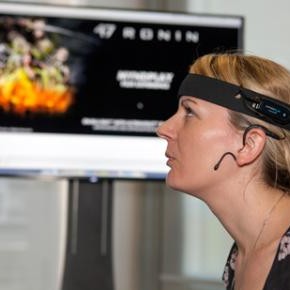 A Brief Summary of a Compelling Interactive Entertainment Session at IBC

Just back from a busy IBC where FirstPartner launched two Market Maps, and I explored the ins and outs of multi-screen TV and video delivery, streaming dongles, Virtual Reality, Augmented Reality, content payments and much more besides. – And even found a little bit of time to enjoy Amsterdam in the early Autumn sunshine.

For the uninitiated,  IBC (International Broadcasting Convention) is the annual European get together for the broadcasting and video technology community that this year brought over 55,000 techies, execs and commentators to the massive RAI complex in Amsterdam for 6 days of exhibiting, conferencing and doing business.

This post is a quick review of some of the diverse and rather wonderful technologies and topics explored in the first panel session I participated in. (A separate post covers the second “Dongle Wars” panel).

Entitled “Interactive Entertainment – You ain’t seen nothing yet” the session was curated and chaired by the ever inquisitive and energetic Ken Blakeslee, a leading expert on new media content and application technology. Ken had assembled another diverse collection of “gurus” and innovators to guide a packed conference hall through an eclectic mix of technologies and opinions that might just shape the future of entertainment across all types of screen.

Part of this conference session was dedicated to providing an overview of some of the more innovative technologies, creative ideas and business models out there.  Between presentations, the panel of gurus (the Consumer Electronics Association’s Brian Markwalter, The BBC’s Ali Shah, and media Commentator and Journalist Kate Bulkley) debated potential impacts, particularly on business models.

First up, Steve Dann, CEO of UK App & AR company Amplified Robot, gave us a quick tour of his personal favourite innovations.  These are the ones that captured my imagination.

Structure Sensor turns your iPad into a 3D scanner to capture the structure of rooms, spaces and objects around you.  These can then be exported into a 3D modelling program, a 3D printer, or any kind of application, that a developer can think of.  This has the potential to form the basis of innovative gaming, AR and all sorts of other experiences. Google’s project Tango aims to do something similar.

On a linked theme, Sulon combines Augmented and Virtual reality to create games in the environment around you.  Check out their video to see giant spiders bursting through your own (in this case rather palatial US warehouse apartment) floor – best viewed on a big screen!

360 degree video capture is another area opening up the potential for entertainment and other applications. Steve showed an example of how crowd sourced phone video can take citizen journalism into three dimensions. Footage is taken from multiple mobile phone cameras viewing an event from different positions and angles. This is augmented by precise relative camera positioning and direction information (derived from phone sensor data).  These multiple inputs can be analysed and transformed into a 360 degree rendered facsimile of a complex event that can be viewed and explored from any angle. Meanwhile Jaunt VR is creating 360 degree video capture equipment to power cinematic VR experiences.

Tre Azam, CEO of UK company MyndPlay, took us through how his company is using EEG sensors in a consumer friendly wearable headband to detect emotional responses to content and vary the entertainment experience in response.  He took us through applications including controlling movie content, testing emotional responses to advertising and controlling real–world toys like Scalextrics. The technology also has the potential to benefit applications used to help people with disabilities. Check out their show reel, because you do really have to see it!

Tom McDonnell  of 2nd Screen specialist Monterosa brought us back to the main theme of the session, which was what will be the future business model?  He covered different models they have used to generate additional content revenues through entertaining apps and companion content that build out from linear TV programming without annoying the viewer.  These included Freemium play along gaming, sponsorship and perhaps most interestingly gambling.  Monterosa’s horse tracker app allows those who have put a few quid on the races to identify which horse is theirs as they watch the race to the line – something that apparently addresses a perennial problem for those who like a flutter.

Finally Alexander Mazzara of Swiss multi-screen social TV broadcaster company Joiz Group took us through the importance of data analysis for providing broadcasters and advertisers with customer insight in order to increase loyalty and RoI.

A brief tour of our Interactive Entertainment Market Map tied the themes together for the final panel discussion.   This focussed again primarily on business models and the shift from “linear” traditional pay TV and advertising driven revenues to “matrix” structures where revenues will increasingly come from other diversified distribution channels, targeted and potentially performance based advertising, different packaging of content and new content experiences.

We are seeing some shifts already.  An example is the move from traditional Pay TV provider subscriptions for premium content to Netflix and iTunes and the trend towards “binge viewing” – especially among young adults. There is however still significant momentum behind the traditional models and change will take time.  There is no room for complacency.  The session highlighted the multiple changes in entertainment formats and viewing behaviours that are  emerging and the fact that new revenue opportunities and new ways of understanding and engaging with viewers need to be explored embraced    everyone involved in the industry needs to take account of the changes in viewer behaviour and consumption and develop strategies to meet the