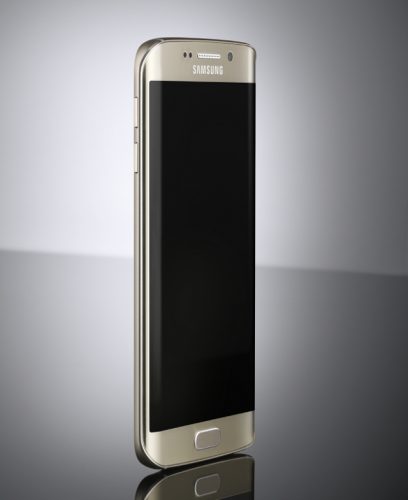 The fight for presence in the mobile payment space has just moved up a gear.  During the last month, we have seen three significant technology acquisitions by major challengers (Samsung/LoopPay, Google/SoftCard and PayPal/Paydiant).  This was all timed to coincide with Mobile World Congress which featured the announcement of the Galaxy S6 and “Samsung Pay”.  Then, just in case we had forgotten, Apple held its spring event showcasing Apple Watch and re-iterating its wearable payments capabilities.

This has all led to renewed speculation about the prospects for NFC payments on the Android platform, challengers to Apple Pay and who the winners will be. So is the future of mobile payments now in the hands of the big technology brands such as Apple, Samsung and Google? We believe not.

While recent developments have made the roadmap for mobile payments much clearer, the coming challenge is to drive uptake towards a “tipping point” of mainstream adoption. 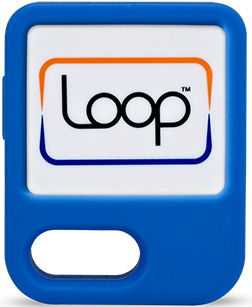 Just to recap the headline events of the last few weeks – just in case you missed any of it.  First out of the blocks in late February, was Samsung. Its acquisition of US mobile wallet company LoopPay allows its mobile payments to be accepted through legacy magnetic-stripe card readers. This overcomes an immediate barrier to NFC adoption, particularly in the US where contactless acceptance infrastructure adoption lags.  A few days after the purchase, Samsung launched the LoopPay equipped Galaxy S6 and announced it expects to go live with “Samsung Pay” in the US and South Korea this summer.”

Meanwhile, Google mopped up SoftCard’s intellectual property and made a Google Wallet distribution deal with the former owners of the failed NFC venture, T-Mobile, Verizon and AT&T.

The day after the S6 launch, PayPal acquired Paydiant, the company providing the technology for the mobile wallets of MCX and Subway amongst others, and subsequently announced its vision for becoming the world’s leading payment platform.

And, lest we forget, Apple has been driving the PR agenda around mobile payments since the launch of Apple Pay late last year.  There was plenty of glamour on display at the 10th March Spring Forward event as the world was reminded that Apple Watch will make payments smoother and easier.  (It did unfortunately coincide with a reminder that all is not perfect in the Apple Pay garden following renewed reports that fraudsters have been enthusiastically taking advantage of weaknesses in some banks’ card on-boarding processes to load stolen details into Passbook).

Less newsworthy but just as critical, is the fact that the underlying technologies, notably tokenization and HCE, are now well supported by third party secure element and wallet platform vendors. There has also been a trickle of announcements by banks launching HCE-based services  which we expect to accelerate over the coming months.

Is This Enough to Make a Difference?

Many years ago when I worked at the bleeding edge of on-line gaming I learnt to understand the “network effect”.  This describes the fact that many services rely upon widespread adoption to be in any way useful and that once a tipping point is reached, adoption multiplies.  This has been vividly demonstrated in recent years with on-line games, social media and messaging services.  Those that have achieved critical mass have dominated and those that haven’t have fallen by the wayside.  The same is true of payments.   Payment schemes can only truly succeed when they reach a key critical mass of usage and acceptance.  Two things that we believe are most critical to this are proposition coherence and user incentives.

The Importance of Coherence

Aside from the hype, the most important characteristic of the Apple Pay deployment, is its coherence.  By this we mean the way in which the brand, the user experience, the provisioning and processing chain, the security and the partner ecosystem have been assembled to create an inclusive “whole” that apparently acts to the mutual benefit of all involved

A key “trick” behind this (as we have discussed before)  has been to base Apple Pay on a pre-existing and universally available infrastructure and a tokenization process approved and delivered by the payment card schemes and their partners.  The strength of the Apple/card scheme partnership and the focus on a single, highly controlled, device portfolio (iPhone 6/Apple Watch) has provided a clear “centre of gravity” for the rest of the ecosystem to align with.

This kind of coherence is important for a number of reasons most notably:

We believe Apple Pay has delivered a reference model for mobile payment deployment but it only addresses a select segment of the consumer market. The key question is can it be repeated and replicated outside the US and more importantly on other much more fragmented platforms, notably Android?

From a technology perspective, the components are there for a coherent ecosystem serving Android.  The challenge is that there will be a multiplicity of consumer offerings fronted by different players including handset vendors, banks, tech companies, payment processors, retailers and mobile network operators.

These wallets and schemes will mostly be based on the same mechanics i.e. card authorisation, clearing and settlement, biometric authentication, tokenisation, HCE or embedded secure element. However, the diversity in presentation and implementation brings the risk of consumer and merchant confusion and additional integration and support cost for banks, processors and Payment Service Providers.

The players best positioned to take a lead in providing a coherent face to consumers and merchants are arguably the banks. They own relationships with most consumers through their card issuing and current/checking accounts. Many also address merchants through their business banking and acquiring businesses. Realistically, the most likely scenario for mass consumer adoption is still one in which any consumer with a technically compatible handset can opt to make mobile payments from their existing card and/or current account (as is the case for the Paym P2P mobile service in the UK).

Delivering this is will be far from trivial. It will require consistency of approach amongst banks and a real focus on simplicity of user experience, maximisation of merchant benefit and all round education.

The banks and PSPs will also need some help at a technical level if they are to stich everything together.  Fortunately it looks like this is starting to happen. Emerging wallet and issuing platforms that support diverse multiple handsets and technologies (Host Card Emulation and embedded secure element for example) have the potential to reduce cost and complexity.  It was notable that vendors including Giesecke & Devrient, Wirecard, Oberthur and Gemalto were promoting such solutions at Mobile World Congress.

OK, But Where’s the  Incentive ?

Let’s move our attention back to Apple Pay for a moment.  It has received significant media coverage and iPhone users tend to be strong adopters of mobile media services.  There have been positive reports of adoption, but these are not universal.  A survey just published by InfoScout and PYMNTS.com indicates that only 6% of iPhone 6 users who could use Apple Pay are.  If a majority new iPhone 6 users are struggling to find or remember a reason to pay with their phone why should anyone else with a wallet full of cards and cash bother?

Even if the experience is good and well explained, consumers will need a good reason to change behaviour and make the switch to mobile.  The only things that will make the difference to consumers in the short to medium term are compelling use cases driven by convenience, explained through clear and persistent communication and probably oiled by meaningful loyalty rewards.  There are some examples of this but the proven ones are so far focussed on retailer and service provider branded apps, such as Starbucks, Uber and Hailo. These will have a role to play in normalising the experience of paying by mobile. Banks and other service providers will need to learn from them to make their mobile payment services as attractive.

So to summarise, recent headline developments certainly make mass adoption of mobile payments more likely but much work remains to ensure that consumers and merchants see coherent payment propositions and meaningful incentives.  While tech brands and payments innovators have a role to play,  retail banks, card schemes and payment processors are best placed to catalyse the move to mobile – but they are going to have to work hard and smart and in the long term have the most to lose if they get it wrong.