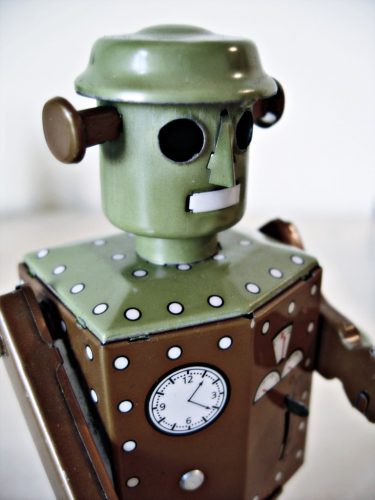 The M2M market promised much in forecast connections and revenue, but delivered low volumes and low ARPUs due to the small amounts of data actually transferred. M2M went through a period of refinement and emerged as a focused sector chasing very specific applications.  These applications could either afford the high relatively high up-front investment and ongoing service costs through the added value delivered, or were potentially of sufficient deployed volume to justify the investment write down.

A new IoT sector emerged, promising a revolution in ubiquitous connectivity supported by low cost equipment and sophisticated cloud services. This triggered speculation that M2M would disappear as current users transitioned to IoT solutions due to the lower cost base and opportunity to exploit data richness.

“Fit for use” considerations have resulted in M2M and IoT ecosystems that not only co-exist, but build further to bring wider revenue opportunities to a broader range of supplier skills. This ecosystem co-existence has been examined in the newly released FirstPartner M2M & IoT Market Map along with the emerging ecosystem revenue drivers.

M2M – supports needs for closed solutions which support their own investment justification. The need is clear for applications with clear service resilience or data security needs.

IoT Consumer – Still shows promise, but is taking time to evolve, largely due to the current lack of clear winners in the interoperability standards battle. When the leaders emerge, large volume production of reference designs will begin in Asia followed by a rush of supporting software platforms supporting the relevant APIs. The unknown influence on this development will be the increasing debate over Privacy, as the Consumer sector will expect this to be managed effectively on their behalf.

Gartner has forecast 2.9 billion connected “things” in the consumer sector in 2015, rising to 13 billion in 2020. In contrast their forecast for Industrial for the top 3 sectors (manufacturing, utilities and transportation) is 736 million. In 2020, this will be 1.7 billion IoT units installed with the top 3 sectors (utilities, manufacturing and government).

The 2020 forecasts may be viable if the IoT Consumer sector moves from the current limited proprietary base by resolving the standards battle. This battle will continue for sometime, as the potential gain for the winner is substantial. The resolution, however, will immediately fuel the development of generic plug & play solutions that address the mass volume adoption needs.

Will Industrial IoT just become low cost M2M, fulfilling the role originally forecast for M2M that never materialised? In some aspects the honest answer to this has to be yes. However this would be too simplistic, as Industrial IoT appears to be set to deliver a user base in excess of the original M2M forecasts. This view also fails to reflect the current awareness and interest emerging from potential IoT Industrial end users.

This wider adoption base for Industrial IoT is being fuelled from 2 distinct adoption directions:

M2M Service Platform Players – These players are taking their existing investments in service platforms and evolving their business model into providing the services as cloud, delivered on a lower entry and in life cost pricing structures. These services are supported by their existing professional services resources.

IoT Horizontal Cloud Service Players – New players are emerging offering cloud services designed to allow users to create their own service configurations around their own solution needs. These are intended to be scalable from the start to address volumes of different applications, so are inherently designed to minimise support overheads. Examples of these players are:

Graspio (www.graspio.com) is a small Indian start-up supporting Arduino and Raspberry Pi hardware. What caught my eye when watching them configure a network of devices was the simple graphical interface configuration software they had built, enabling a network to be built quickly using simple drag and drop functions. This demonstrated how standardisation of the functional APIs could very quickly drive Industrial IoT into satisfying the goal of providing a large base of low entry cost user configured solutions with very low setup overhead.

There is also considerable activity in the area of data analytics to address the need to gain value intelligence from the data streams of the connected devices. There are 2 different architecture approaches emerging, both of which will find appropriate applications:

Centralised Analytics – all the device data is brought to a single central analytics platform capability. Powerful scalable algorithms are applied to process the machine data quickly to provide real time intelligence and reporting. An example of such an optimised capability is offered by Infobright (www.infobright.com)

Edge Analytics – only selected device data is brought back to the centre, decided by analytics performed at the edge close to the data origination point. This approach provides a distributed approach to decision making, with the capability to perform machine learning and decisions locally without relying on the provision of suitable connectivity. An example of IoT edge analytics is offered by ParStream (www.parstream.com)

This new Horizontal Cloud service approach is inherently offering the opportunity to build the individual vertical solution from a selection of horizontal service layers. This differs from the traditional approach of a single vendor service platform performing all the vertical service functions. This new Horizontal approach is intended to provide a scalable approach to address the expected adoption rates, but inherently provides the promise of a creative building block approach from which individual adopters can build their solution. This promise will only be delivered if a simple scalable approach is also taken by the horizontal players to enable information to be passed between the different vendor horizontal service layers with the minimum or no individual integration development.

Another emerging driver for scaling up the adoption of Industrial IoT is the ability to access a variety of wireless connectivity capabilities. In Europe, the presumption has been towards relying on cellular for land based M2M connectivity or WiFi for fixed devices. European carriers have evolved SIM connection plans for low data requirements which provide high degrees of connection reliability in by allowing full roaming between operator networks. In areas with limited cellular coverage and specialist remote and off shore M2M applications, connectivity is only possible through a mix of different wireless methods. This has evolved a further layer provided by M2M solution providers in offering managed connectivity services with SLA based delivery.

IoT is currently driving a wider choice of connectivity possibilities to meet a range of “fit for purpose” requirements. These include greater access to spectrum through re-use of currently licensed allocations such as TV, where spectrum is unused in certain geographies. Technology is being demonstrated that will allow RF devices used to automatically adapt their spectrum use to avoid any interference to the primary licensed users.

Both Cellular and WiFi have a common disadvantage for many Industrial IoT applications in their power budget. Many IoT Industrial devices need to be attached in remote locations but with small data transmission requirements. The Sigfox (www.sigfox.com) network has been designed from the start to address wide area low power IoT device connectivity. Device hardware is simple, as only standard low cost and unlicensed 868MHZ ISM band devices are needed. The network relies on asynchronous operation, with no handshake data overheads. Devices “wake up” and broadcast their low bit rate traffic, then power down. The base station receivers used have a very high dynamic range, as Digital Signal Processing is used to be able to recover the low bit rate data from below the natural noise floor. 2 way data traffic can be supported, but only in a 27 sec time window, after which the device automatically powers down. Sigfox claim a single base station in their network can support the daily data traffic of up to 3 million devices with device connection subscriptions as low as 1€. Networks have been rolled out in France, UK and Spain, and their recent $115 million fund raising will allow the USA network to be built.

The emergence of a significant IoT Industrial market will need the technology players to put in place the solution frameworks necessary to fulfil the end users expectations. This will need the alternative “mix and match” approach to emerge alongside the existing single vendor solution platform. The end users are looking for Industrial IoT to fulfil an expectation of Business Transformation, and will need the ability to turn these expectations into deliverable business solutions. The challenge is for the real delivery of Industrial IoT applications to keep step with the imagination of the potential end users and in turn stimulate the adoption rate. If this doesn’t happen, then the mismatch will drive the rate of disillusionment resulting in slow market growth.