How the Blockchain Ecosystem Changed in 2015 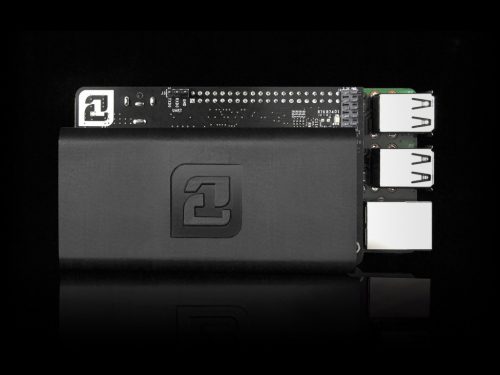 2015 has been the year the blockchain landscape has started to take shape.  As we head into 2016 – and having just released FirstPartner’s new Blockchain Ecosystem Market Map – now  seemed like a good opportunity to summarise some of the more significant recent developments in the world of distributed ledger or blockchain.

From Bitcoin revolution to banking evolution

The most significant high level trend is undoubtedly the shift in focus from Bitcoin and cryptocurrencies as alternative payment and investment vehicles to defining how the underlying blockchain technologies can be applied in the established financial services world.

This can be seen through the number of leading banks that have announced blockchain projects of various flavours over recent months.  Let’s Talk Payments have published a nice little timeline showing a number of the major ones.

Probably the most significant banking initiative is the R3CEV consortium.  Launched by the New York based technology company of the same name in September, it aims to develop common standards for the application of cryptographic technology and distributed ledger-based protocols within global financial markets.  As of November the number of participating institutions had grown from an initial 9 to 30 and included global heavyweights Bank of America, Barclays, BNP Paribas, Goldman Sachs, HSBC, ING Bank, JP Morgan, Morgan Stanley, Societe Generale & Wells Fargo.

Key banking applications being explored include interbank clearing and settlement, remittances, cross border payments, currency exchange and securities trading, and it’s not just the banks getting involved.  In November, Visa Europe and partner Epiphyte announced a proof of concept of a remittance service via the Bitcoin blockchain.  This followed on Visa Inc.’s September investment in financial services blockchain platform company Chain.  This was part of a $30 million funding round that also saw NASDAQ, Citi Ventures, Capital One, Fiserv and Orange SA investing.   MasterCard has also been active joining 10 other investors in Digital Currency Group in October and American Express has invested in remittance company Abra.

Another November milestones was the public unveiling of Nasdaq’s Linq project. This demonstrates how asset trading can be managed through distributed ledger technology.  While currently operating as a limited trial within Nasdaq’s Private Market it is a good illustration of how assets can be tracked and managed on the blockchain

The emergence of the bank optimised distributed ledger

At the protocol level, Ripple is positioning itself as the lead candidate for international remittance and forex applications.  Meanwhile Ethereum launched publicly back in July and is targeting smart contracts and distributed apps.   The project was given a significant boost in November when Microsoft announced cloud based Blockchain as a Service based on Ethereum.  Formally known as Ethereum Blockchain as a Service or EBaaS, and developed in conjunction with start-up ConsenSys, the Azure based offering will provide a flexible platform for Financial Institutions to develop and test blockchain based applications.

Will we all be Bitcoin miners one day?

This brief post only scratches the surface of a frenzy of development, investment activity, and lets be frank smoke and mirrors PR.   It wouldn’t be right however to close without a brief mention of 21 Inc.  Backed by $116 million of funding, the company launched its low cost Bitcoin computer in September.  21 Inc.’s vision is to embed bitcoin mining chips in consumer and enterprise devices, giving them the capability to earn value in background that can then be used as the basis to enable micropayments and trade goods and services.   The company believes this will not only significantly increase adoption of Bitcoin but will open new commercial models, for example subsidising smartphone distribution in the developing world.   While this is a fascinating prospect, I’m personally less convinced that it is achievable than some of the more mainstream applications for distributed ledger technology that I’ve touched on here.

2016 Strong blockchain ecosystem growth but no answers on regulation?

What is certain is that the pace of activity around distributed ledger will continue onto 2016.  We will see more established Financial Institutions and vendors announcing initiatives and will probably see a small number of early trial services in areas such as remittance and securities trading.   While I’m sure we will get a greater understanding on the technical promise of the blockchain over the next 12 months I’m not convinced we will get clarity on one of the major outstanding questions, regulatory policy.  But that one is for another time.