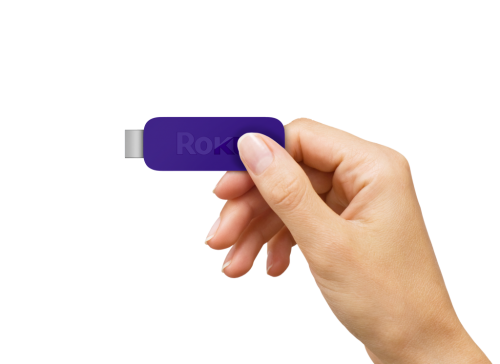 My second IBC panel session as a participant explored the impact of HDMI dongles and streaming media players on the world of multi-screen and connected TV.

HDMI dongles and streaming media players, notably Google Chromecast, Roku, Apple TV and Amazon Fire TV, are starting to rack up sales, but what does this mean for the industry?  The “Dongle Wars” session, part of the IBC Content Everywhere strand, looked at how these devices can facilitate content distribution and the potential consequences for Pay TV providers, TV and Set Top Box vendors.

Moderated by Paulo Pescatore of CCS Insight, the other members of the panel were Jonathan Wilner, VP of product at leading multi-screen streaming and data analytics provider Ooyala , and Bill Scott, Chief Operating and Commercial Officer at multi-screen OTT & IPTV specialists Easel.

My initial contribution was an overview of the rise the low cost streaming media player and HDMI dongle, summarising the consumer benefits and drawbacks as well as highlighting some of the questions raised for the TV and video distribution and hardware sectors.  You can view the presentation on Slideshare.

A snapshot of the Streaming Media Player Market

Offering a consumers proposition of “cheap and easy access to “any” content via the TV”, sales of media streamers have grown significantly over the last year or so, particularly since the launch of Google Chromecast.  Strategy Analytics forecast sales of 35 million worldwide in 2014 and, according to a Parks Associates survey, 25% of US households will have a streaming media player by 2015 .  Following the launch of Amazon Fire TV, each of the three big hardware/content channel players has a TV streaming player to sit alongside their smartphones and tablets.  Roku (who along with the Samsung acquired Boxee) did much to develop the concept, is joint market share leader with Google.

Low cost ($30 for a Chromecast, $95 for a Roku 3) is clearly an incentive for consumers – indeed my co-panellists highlighted the fact that many households are purchasing multiple Chromecasts as the cost is so low.  Furthermore, the large number of devices coming out of Shenzen will only push prices down further.  Ease of set up, use and portability are also key factors to success (although in my personal experience, setting up Chromecast is not always totally frictionless!).

This raised an interesting point of discussion. Is it low cost or access to content that is driving adoption?  Our conclusion was that it is access to good content that interests customers, not the fact they can buy a bit of kit cheaply.  However, this is the main area where some of the limitations of the current offerings kick in.  The big three big players undoubtedly favour their own content channels and lock consumers into bringing their personal photos, music and videos into their cloud services if they want to view them via the streamer.  The honourable exception is Roku – which does not have its own content store and has worked hard to build an impressive catalogue of service provider partners.

Putting this to one side, what is the impact on the media owners, pay TV providers and Multi Service Operators (MSOs)?  Certainly there is a potential threat.  In a world where Netflix now has double the subscribers of Comcast ( the world’s biggest Pay TV provider) and many are choosing OTT services as their main source of video content, devices such as Roku and Chromecast arguably make “cord cutting” an easy consumer choice.  At the same time there is an opportunity for the content owners and service providers to jump on board and turn the threat into an opportunity.  This is where the other panellists come in.

First up, Jonathan described how Ooyala has supported the launch of Presto, the streaming service from Australia’s largest PayTV provider Foxtel.    Presto streams to laptops, tablets and smartphones and uses Chromecast to allow subscribers to view content on HDMI equipped TVs. Jonathan highlighted how Chromecast has the benefit of allowing service providers to rapidly launch services to  TV sets while supporting personalised experiences.  This can all be delivered through apps developed for standard tablet/smartphone platforms.

Getting the user experience right and providing personalised content discovery is key.  Google imposes pretty strict control over the User Experience for Chromecast but this is not necessarily a bad thing, as inconsistent UI’s across multiple third party apps will frustrate users. The interface that Jonathan demonstrated was impressive – clean, rich and with the layout dynamically adapting to the screen it is being viewed on.  Ooyala is as much a data analytics company as a delivery provider and this drives dynamic personalisation of the UI and content recommendations.

Bill gave the perspective of an independent content owner, in this case UK cinema distributor Curzon. Easel built and delivers the Curzon Home Cinema cross platform streaming service.   He highlighted the importance of being able to stream to multiple devices – while carefully selecting which to support – and of offering an adaptive user experience to fit the device.  The service currently uses a cross platform responsive design website to target PC, Mac, iOS and Android as well as Apps for Smart TV’s and STBs.  The service is delivered on a Software as a Service (SaaS) model and ingest, encoding, encryption and storage are handled by the Microsoft Azure cloud platform.  Easel do as much as possible in the cloud – a common theme across many vendors at IBC this year.  The consumer business model in this case is pay as you view with payments handled by PayWizard’s wallet.

Another key question for discussion was who is the winner from all this?  The pretty unanimous answer was the consumer.  Multiple streaming services and devices are significantly increasing consumer choice and driving down pricing.  In terms of service providers, it is probably still the big names like Netflix and BBC iPlayer who come out on top.  Streaming media players have to support these services in order to compete and this ubiquitous, top billed presence across all the major streaming platforms re-enforces their position.

So to wrap up, are HDMI dongles and media streaming players here to stay?  Arguably all set top boxes will move to this kind of form factor – especially as functionality, such as PVR, moves to the cloud.  They have a low manufacturing, distribution and installation cost and provide a simple way of connecting any TV to the Internet or an IPTV service.

At the same time, over the next few years the majority of new TVs will include internet connectivity.   In theory this should make OTT media steaming players and dongles redundant.  Whether it will depends on whether TV manufacturers give consumers the freedom to get the content they want from the service providers they want with a user experience that works.  If they don’t, we will still have to put HDMI dongles in the backs of our connected TVs.