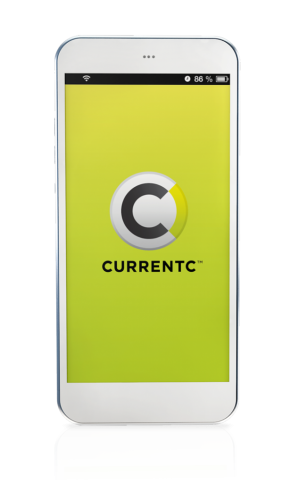 The imminent launch of Apple Pay has re-energised expectations for NFC based, card backed mobile payments.   However, in the both the UK and US, momentum is quietly building behind an alternative.

The announcement last week that fledgling UK mobile payment service Zapp has secured the support of big name retailers including  Sainsbury’s, Asda, and House of Fraser is the latest major milestone in the development of ACH (Automated Clearing House), or bank transfer, based mobile payments.  This follows last month’s unveiling of CurrentC – the brand chosen by US retailer consortium Merchant Customer Exchange (MCX) for its proprietary ACH based mobile payment and loyalty network.

ACH based mobile payments could bring a number of benefits to banks and retailers and will certainly offer consumers greater choice.  We believe however that without careful attention to the consumer proposition, design and execution, they will struggle to gain traction.  This post explains why and highlights what Zapp and MCX will need to get right if they are to succeed.

Zapp is a UK mobile payment scheme developed and funded (to the tune of £50 million so far) by Vocalink, the bank owned company that operates the LINK ATM and Faster Payments interbank clearing networks.   Due to launch in 2015, it supports e-commerce, m-commerce and physical point of sale (PoS) payments.  So far HSBC, first direct, Nationwide, Santander and Metro Bank are committed to offering it to their customers by integrating it into their mobile banking apps.  Zapp has also partnered with leading Payment Service Providers, acquirers and PoS terminal vendors  to ensure that merchants can support Zapp through their e-commerce and m-commerce services and in store infrastructure.

Zapp is not the only UK ACH mobile payment service however. Barclays Pingit was first out of 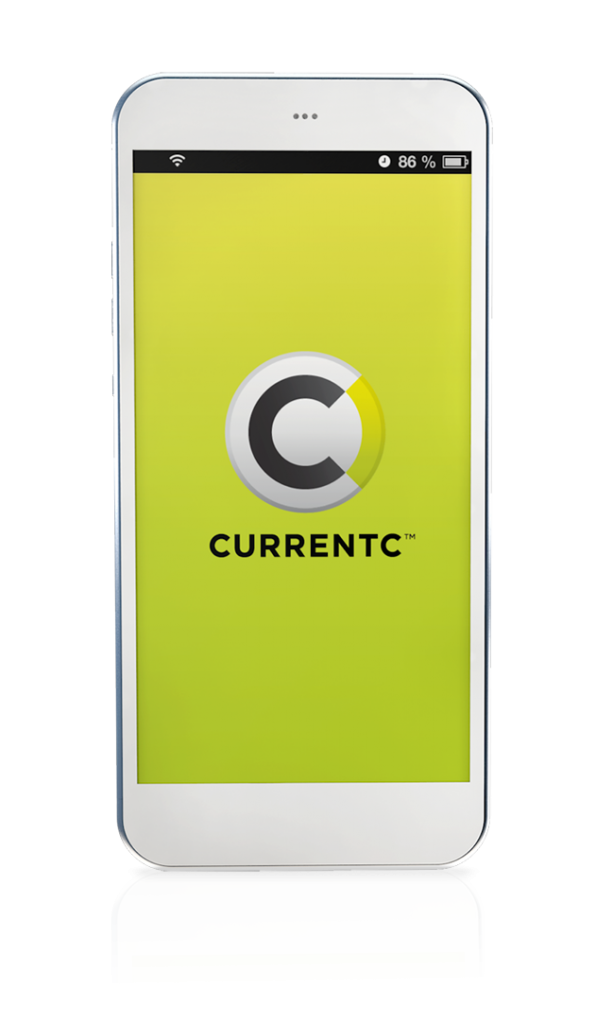 the blocks in 2012. Initially launched as a Person to Person (P2P) scheme, it quickly extended to support payments to retailers and Business to Person (B2P) payments.  Paym, backed by the UK Payments Council (and also uses the Faster Payments and LINK infrastructure operated by Vocalink) made its debut in April 2014.  Currently focussed on P2P Payments it is offered via a number of leading retail banks, including Barclays.

Meanwhile in the US, CurrentC is in pilot in a number of locations with national roll-out also planned for 2015.   Payment processing will be handled via a dedicated ACH network operated by leading US processor FIS.

Bank transfer is well established as a popular alternative to card payments for e-commerce in other markets, notably through iDeal in the Netherlands, and GiroPay in Germany. While iDeal does have a mobile option, these schemes have not yet fully embraced handset based payments.

Where Can Zapp and MCX Score?

So what are the strengths of Zapp and MCX over the more widely pushed NFC/card based mobile payment approach?

From Zapp’s point of view the first is customer reach.  Bank partners announced to date have a combined base of 18 million accounts (although those currently using mobile banking are less than this).  This will give Zapp a theoretically addressable customer base comfortably in excess of competing UK NFC schemes at launch.

The second is familiarity.  Bank customers use mobile banking apps.   According to the British Banker’s Association 5.7 million mobile banking  transactions are made daily in the UK.  There is no need to download or come to grips with a new mobile payment wallet – a concept  consumers have so far been pretty resistant to.

In the US, MCX should benefit from the relationships its merchants have with their customers; the ability of those stores to promote the CurrentC brand; the relatively widespread acceptance (110,000 retail outlets when at scale) and the integration of rewards and loyalty into the customer proposition.

Merchants Should Love It

MCX has been created by merchants to better meet their needs and Zapp should also be attractive to retailers for three reasons:

The Challenges for the ACH Based Challengers

The case for MCX and Zapp sounds strong, so why are we concerned about their prospects?   As is generally the case, we need to look at this as consumers.  If we do, the first and critical question is:

Why Would I Want It?

The almost universal lesson from the launch of innovative new payment schemes is “if you build it they won’t come”.  Consumers must have a compelling need, or receive a real tangible benefit, if they are to adopt a new way of paying.

The challenge, particularly for Zapp, is that there does not appear to be any consumer benefit or incentive to use it over a payment card, other mobile payment scheme, or cash.  Zapp is aware of this and has spoken of the need for loyalty and rewards to encourage mobile payment adoption.  At the moment it is not at all clear whether and how this will be integrated within the consumer proposition and even if it is, it will be a major challenge to differentiate on this front.

Loyalty and reward is a component of most emerging mobile payment offerings and card schemes and issuers have a long history here.  Coincidentally Visa Europe has this week announced a new relationship with US Card Linked Offers (CLO) provider edo interactive  for a targeted cashback proposition that will pilot later this year and launch in the UK in 2015.

The picture here is clearer for MCX.  Loyalty and rewards have always been a key part of its vision.  The challenge will be delivering a balance of incentives that drives sales and migrates transactions onto the scheme.

A simple, quick and reliable payment experience is critical to consumers on-line, on mobile and at the physical check out.  The aspiration is that it should be “frictionless”.

Zapp clearly recognises this and has promoted its frictionless credentials as a key differentiator.  Pre-launch demos show a seamless transition between an m-commerce site and the Zapp app with a claimed checkout and payment time of just 12 seconds.  The question is how well this experience will survive the integration into partner mobile banking apps.   The mobile banking login credentials currently required by some of Zapp’s partners are more cumbersome than the PIN shown in the demo and would deliver a poor experience, especially at physical point of sale, where anything requiring manual code entry is suboptimal.

Apple Pay with its use of Touch ID to authenticate has set a new bar here.  Wider adoption of tokenisation is set to further increase the security and simplicity of card based payments both online and at Point of Sale and Zapp may find itself leapfrogged – especially if its banking partners are unable to deliver its vision of simplicity.

In terms of technology, Zapp will be agnostic supporting QR code, NFC and potentially others. MCX is going for QR codes.  While this brings retailers compatibility with the installed base of PoS terminals, questions about reliability and simplicity versus NFC based schemes remain.

Do I Sound Confused?

A looming issue for Zapp and the existing UK ACH schemes is brand conflict. With Zapp for merchant payments, Paym for P2P and, in the case of Barclays, Pingit for both (with Paym also offered alongside), there is plenty of room for consumer confusion inside those banking apps.   Clear presentation of the complementary, yet partially competing services, within the bank’s portfolio will be critical to consumer understanding and adoption. Zapp’s reported multi-million pound communications budget will need to be thoughtfully deployed in a well-co-ordinated campaign with banks and retailers to avoid the kind of consumer confusion that followed the launch of 3D-secure.

Security will undoubtedly be one of the main concerns for consumers.  Both MCX and Zapp will use tokenization to ensure that consumer payment details are not stored on phones or passed to retailers during transactions.  While this is being promoted as a differentiator against card based payment, but once again by launch it will not be.  Carrd tokenization has been effectively launched through Apple Pay and will be much more widely deployed in the same timescales.   From a consumer point of view there is potentially a more difficult message to get across around ACH.  A scheme that is directly draws from your bank account will instinctively not feel as safe as a credit card or PayPal, both of which are perceived as one or two steps removed.

While the headline message to merchants for the ACH schemes will be one of value in terms of processing costs and reduced risk, once again the real comparison with cards will be much more difficult to fathom..  Early reports indicated a flat rate transaction fee for Zapp of between GBP 0.20 and 0.30.  If this is correct, it will actually be in a similar ball park to UK debit card fees and, while representing good value for big ticket transactions, will be less attractive for low value payments.  Card Interchange fees are also under ongoing downward regulatory pressure and keeping ahead in the value game will not be easy.   Similarly on the risk side the comparison is not straightforward, with card schemes also offering liability shift from the merchant to the issuer where the issuer authenticates the user.

A final limitation is grounded in the fact that retail banking ecosystems are still very country specific and MCX and Zapp will launch as US and UK only schemes.   SEPA may make ACH based mobile payments viable across Europe in the long term but card networks are fundamentally international. This may not be a major issue for most consumers but it is one of those things that limits the utility and also means that those who travel or make cross border payments will need to keep cards in their (mobile) wallets.

We Should Embrace ACH

So MCX and Zapp face a number of hurdles that they will need to clear if they are to succeed and make bank transfer based mobile payments a real alternative to card.   But this is not a bad thing.  They will both offer a valuable choice of mobile payment methods to consumers and merchants, and have a number of inherent benefits.  The challenges are not insurmountable but will require close attention particularly to the development of the consumer proposition, evolution of user experience and communications strategy.  As a UK consumer I will certainly be giving Zapp a try when it launches!