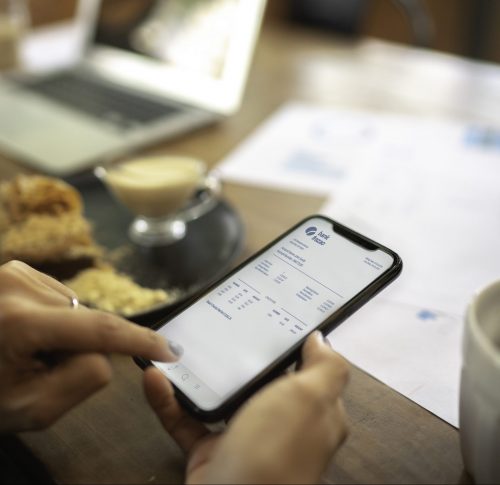 A new report from Citi’s Equities Research team challenges the widely held view that Bitcoin delivers simpler and cheaper international remittances.  While the analysis highlights some key Bitcoin remittance limitations, it should not be assumed that these apply to all blockchain or distributed ledger based solutions – or markets.   In this post we review some of the findings of the Citi team and highlight where blockchain does have the potential to disrupt the cross border payments market.

International remittance is a prime target for fintech innovators and rightly so.  The sheer complexity of the correspondent banking value chain, inflated fees, uncompetitive FX rates and fat margins cry out for a good disruptive kick.  And a long line of start-ups has formed to try and give it. Some, but by no means all, of these are based on blockchain technologies.

New players including BitPesa and Abra have built services on the Bitcoin network.  Bitcoin exchanges and wallets such as Coinbase provide a mechanism for informed users to make international transfers and cross-border settlement is the lead use case for distributed ledger bank infrastructure contender Ripple.  Santander, an investor in Ripple, became the first of a number of established banks to launch a trial remittance service based on Ripple in May this year.

The case for blockchain rests on the assumption that its peer to peer nature is simpler than the complex correspondent banking based process that underpins legacy international money transfer services.  Removing the fee charging intermediaries associated with correspondent banking should reduce the inherent costs and speed the transaction.   There are also opportunities to introduce competitive FX rates – the Ripple protocol makes specific provision for this.

As part of its analysis, the Citi team has compared the costs of Bitcoin based transfers against traditional Money Transfer Operators (MTOs) such as Western Union & Money Gram and on-line account to account services including WorldRemit, Xoom, Azimo and Transferwise.   The surprising finding is that for nearly all the remittance corridors tested, Bitcoin is not the cheapest option.  In most cases it is more expensive than Transferwise and for some transactions it is significantly more costly than the alternatives.

While acknowledging the efficiency of the bitcoin network, the report argues that its relative advantage dissipates when “last mile” costs to convert to fiat currency are considered.  The shift from rewarding miners through newly minted bitcoins to transaction fees, proof of work energy costs, exchange fees, lack of local liquidity and price volatility are all factors that increase costs.  And these come on top of the challenges of KYC and AML and regulatory compliance.

The strength of the MTO models

While MTOs may appear to be the outdated, overpriced dinosaurs of money transfer, their business models and worldwide agent networks actually bring clear advantages in terms of total costs, speed and accessibility to target consumers. Citi argues that use of local liquidity held by agents allows pre-funding of transactions.  This means recipients get the money immediately and settlement can take place later over correspondent banking rails allowing the MTO to take advantage of huge economies of scale.

It must also be remembered that a large proportion of remittances are still cash to cash transactions between unbanked individuals and/or those with limited internet access.  Universally accessible agent networks are the only way to address these communities and achieving full international reach entails multiple government licenses as well as substantial regulatory and compliance practices.

Transferwise and the other disruptors

The cost winner in this analysis is Transferwise, which is also praised for its simple user experience.  In theory its cost advantage is achieved by a disruptive peer to peer currency matching business model that minimises the need to actually move and exchange money.  The reality, Citi argues, is that it has to fall back on traditional MTO model for the majority of its business.  True matching is impossible due to the asymmetric nature of funds flows in most remittance corridors.  The report also argues that the aggressive pricing strategy being pursued to gain market share is unsustainable long term and will restrict Transferwise to a limited number of cherry picked corridors.

The Real Potential of the Blockchain

So is faith in blockchain as better alternative for international remittance totally misplaced?  We don’t think so.

In spite of its drawbacks, Bitcoin may still be an effective alternative to inefficient legacy infrastructure and services in underdeveloped markets such as Africa. There are also other distributed ledger based models that may be more effective and sustainable long term.  The most notable example is Ripple which is currently working with a number of major banks to build remittance services. Global payment network Earthport is integrated into Ripple and Western Union is also evaluating the technology.

The Ripple model should address a number of the factors that mitigate against Bitcoin based remittance.  Its trust based consensus protocol does not suffer the energy overhead of proof of work, and partner banks and market makers will bring higher levels of liquidity.

But don’t expect a quick transition

Of course the Ripple infrastructure is not yet proven at scale and even its supporters argue that its roll out needs to be staged. Globally there are thousands of banks processing cross-border payments via correspondent rails and moving them all to a distributed ledger network at once is neither possible or necessary.  What we are more likely to see is a small number of banks to forming distributed ledger networks and then scaling up steadily.  This is probably a viable model because as Eathport argues, even if only one party is Ripple enabled, transactions can be completed using traditional rails but with improved efficiency.

In recent years, retail banks have tended to take a back seat in offering competitive commercial remittance services, opening the door to the MTOs and challengers .  Distributed ledger infrastructure may present opportunities for those banks to launch compelling new cross boarder payment products.  Whether they succeed against the MTOs and online challengers will depend not just on cost but also on how compelling and accessible they can make their proposition to those consumer segments and businesses for whom international payments matter most.