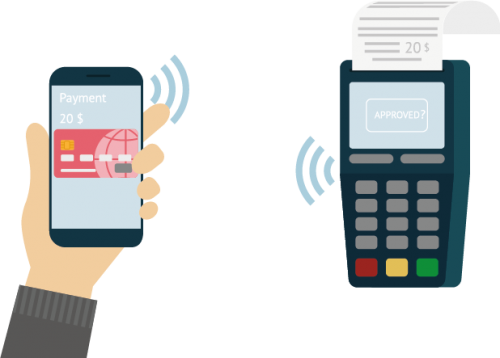 It is now nearly a year since Apple Pay launched here in the UK. Coincidentally this week, PYMNTS.com has released its latest Apple Pay adoption tracker marking 20 months since the mobile payment scheme’s original US debut.  With Android Pay and Samsung Pay also live in a handful of territories, and other major launches imminent, it seemed a good time to reflect on the progress of these mobile payments heavy hitters and ask what lessons can be drawn for future mobile wallet and NFC payment propositions.

To start out I must confess an unhealthy interest in observing consumer and retailer payment behaviour – and have clocked significant change in the months since Apple Pay launched. Everywhere from Pubs to Pret to my local independent Asian grocery store I’m seeing fewer people digging in their pockets, purses and wallets for cash.  But it’s not iPhones I see hovering over the POS terminals – it’s contactless cards.

This personal observation is in line with the data.  We know that contactless now has significant momentum in some European markets.   UK transaction value hit £1.5 billion in March 2016  – having grown 50% in just 4 months –  and the card schemes and industry bodies are publicly celebrating. When it comes to mobile payment usage, everyone is rather less forthcoming.  That usually says something in its own right and the PYMNTS.com/InfoScout research indicates that Apple Pay is not getting the traction that might have been expected. The study concludes that in the US, repeat usage is languishing at just 4% of eligible iPhone 6 users.

This might all be because it’s still relatively early days.   After all, contactless cards have been with us for around 9 years and it’s really only over the last 12 months that they’ve become truly mainstream.  It may be that I’m making unfair comparisons between structurally different UK and US markets.

But there is more to it than this. The most telling conclusion of the PYMNTs.com report is the statement that “Some users love it but many say that they don’t use the service because they have — and use — alternatives that they say they consider just as easy and convenient to use.”

In the US there are a number of issues around lack of NFC acceptance infrastructure that impact convenience and repeat usage behaviour. But even as a consumer in the NFC friendly UK, I still have to agree.  We are not yet living in a cashless society, so I have to carry a traditional wallet.  Pulling out and tapping a contactless card is a smooth and simple process, and while Apple Pay is slickly executed, it’s still somehow slightly awkward and unreliable in comparison to a card –  and it offers no unique or tangible benefit.

Unique and tangible benefit is where mobile can and does win out.  Mobile banking is a good example.  A year ago the British Bankers’ Association reported that banking by smartphone and tablet had become the leading way UK customers manage their finances.  A recently released Bank of America study found over 50% of consumers saying they use a mobile banking app.  What’s more, levels of usage are still growing strongly, especially amongst millennials, and around a third of users claim to check their apps once a day with 84% checking them once a week.  Who would have thought banking could be so compelling?  Do Americans cherish or feel over anxious about their money?  Whatever the motivation, what we are seeing is a need met with a high level of convenience and no alternatives that are as immediate or easy to access.

The pattern is reflected in successful mobile payment apps through from Starbucks pre-ordering and Uber pre-booking to well targeted mobile money schemes for the unbanked and well-designed m-commerce payment solutions.

As an aside, the latter could bring Apple Pay a usage boost as it moves beyond POS and in-app payments to in-browser e and m-commerce transactions.  But don’t hold your breath, Apple is very late to this party, vs. PayPal, Alipay, and even Visa and MasterCard. Furthermore, it’s offering will be restricted to Safari browsers with and Apple will face the same challenge of demonstrating a compelling reason to adopt – this time for retailers as well as consumers.

Time to learn and evolve

Let’s be clear. Mobile payments at POS will become the norm – but it will take time.   The closer we come to a cashless society, the less need there will be to carry cards and the more we will rely on our phones – or wearables.

In the meantime, banks, retailers and other challenger service providers will continue to launch mobile payment services – Chase Pay, Walmart Pay, VocaLink’s Zapp/Pay by Bank App to name but a few – and many will be disappointed in short term adoption stats.  Some may follow the fatally misconceived MCX Current-C and never see the commercial light of day. But this is not a bad thing.

The critical goal at this stage is to learn and evolve.  We have a huge opportunity to understand how consumers and merchants can best benefit from mobile.  This will not be come just from paying with a mobile phone instead of a card.  It will be realised through reductions in queuing, lost sales, transaction costs and fraud.  It will come from simplified order/booking ahead and perhaps from well executed consumer loyalty programmes and personalised marketing.

To get to this point we need to focus on better understanding payment use cases – from retail to hospitality to transport and more – and on defining how both the consumer and merchant experience can be improved.  We then need to focus on the opportunities and technology improvements that offer the highest long term return.